Yoga for Beginners: The Ultimate Guide 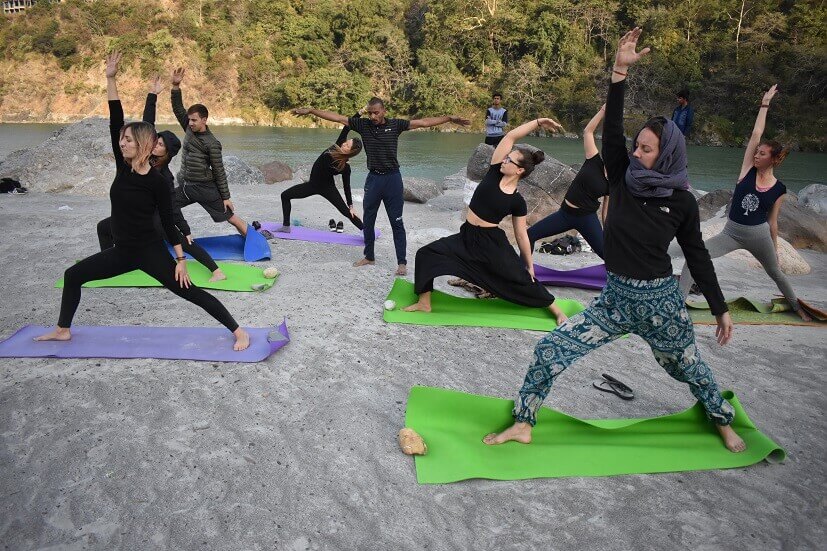 Yoga for Beginners: The Ultimate Guide to Starting Your Practice

Yoga originates from the Sanskrit word ‘Yuj’ which means to unite; when we say unite we do many things from unity of body, mind and soul as well as unity with all that exists. In other words a harmonious existence within ourselves and all that surrounds us from our family, social and environmental fabric. However without unity within oneself it is all the more difficult to establish unity with the outer environment. Yoga originated at least 5000 years ago from the Vedas and was subsequently documented in the Patanjali Yoga Sutra ( dated), Hatha Yoga Pradipika ( date) and GherandaSamhita ( dated) amongst other texts. The aforementioned texts listed are the main texts of Yoga and have been written in Sanskrit and have subsequently been translated into many languages. Although Yoga has been practiced over the centuries across the globe, it is only recently ( the last few decades) that it has gained momentum internationally and has become a household word.

What are the main practices of Yoga?

The most original form of yoga is hatha yoga which is ultimately about balancing the energies of the body-mind complex so that one reaches a state of ultimate calmness (samadhi which literally translates as balanced intellect). As mentioned earlier, a non-reactive mind.
There are various facets of Yoga which have been incorporated into Ashtanga Yoga ( the eight limbs of Yoga). These are:

The order in which the practices above have been listed is by no coincidence. It is preferable that certainly the first four mentioned practices are practiced in unison. Yamas and Niyamas include the following:

We would advise that the first four practices of ashtanga yoga (yama, niyama, asana and pranayama) be practiced in unison for maximum benefit. It is important to work on changing thinking patterns as well as body flexibility and breathwork together for they are all interdependent and support each other. In modern yoga, in the main, asana is the primary focus of Yoga but when this happens, though it is helpful for health, the deeper benefits of Yoga don’t kick in. Would you believe it, by simply changing your thinking and behavioural patterns your body can actually become more flexible. Similarly by changing your breathing patterns your thought processes and body flexibility can improve. The practices offered in Ashtanga yoga are all therefore interrelated. Bearing this in mind, any beginner to Yoga ought to attend Yoga with a wide frame of mind and be prepared to work hard on the level of body, mind and breath. To benefit from Yoga which is indeed a highly transformational process, there needs to be dedication and consistency in practice. Like with any discipline, the less you commit and practice the less you benefit.

Is there a special diet for Yoga?

Indeed, as the saying goes ‘you are what you eat’. Yoga says the same too and recommends a diet that is light and easy to digest to prevent the build-up of toxins in the body. When toxins build up in the body, disease can manifest and thereby the practice of yoga becomes more difficult; there is however yoga therapy for the treatment of disease but why go for treatment when prevention is possible. The yoga diet is based on Ayurveda principles which is the most ancient healing system in the world today and means ‘the science of life’. Ayurveda and yoga are considered sister sciences and complement each other. According to both Yoga and Ayurveda the best diet that would suit a Yoga practitioner would be as follows;

Are there any Detoxification processes involved in Yoga?

Yoga has a number of detoxification processes known as the shad kriyas( seven actions). These are as follows:

These processes are usually carried out with warm water – sometimes saline water- except for dhauti and sutra neti which are carried out with a cloth and tube respectively, the details of which we will not get into here. It is important that some of the kriyas are carried out from time to time for cleansing the mind and body to facilitate the practice of Yoga. There are indications and contraindications for these processes and these will be advised by your Yoga instructor. Subject to any contraindications, it is advised that these kriyas be carried out from time to time under the guidance of a registered Yoga teacher initially until you get the hang of them.

Are there any lifestyle changes I have to make to do yoga?

The dietary changes mentioned above should be adhered to as much as possible as do the yamas and niyamas advised above. Other than these we would also recommend the following:

This may all sound like a lot to do but we suggest you do things incrementally so that they are sustainable. Do as much as you can and don’t give yourself a hard time if you can’t do all that is mentioned above. After all, yoga is for peace and not for stress. However it is said in the ancient philosophy texts of India that what appears as poison in the beginning may turn into nectar at the end and what appears as nectar at the beginning may turn into poison in the end. We can give the example of alcohol here; it may feel good at the beginning but the hangover that can come after is pretty hellish, right? But at the end of the day don’t overstress about the guidance given; take it easy but be as consistent as you can and the practices will fall into place in time.

What type of yoga shall I do?

Nowadays you will find a variety of yoga from hatha Yoga to Vinyasa Yoga to Ashtanga and more. Hatha Yoga is considered to be the original form of Yoga from which all other ‘types’ of Yoga emanated. Vinyasa and Ashtanga Yoga are considered the ‘modern man’s Yoga' due to them being more dynamic in form. In fact Hatha is actually more dynamic than any other form of Yoga though it may not appear to be. It works with the mind, body and breath on much deeper levels and strengthens all aspects of the human organism beyond what other Yoga forms do. Creating stability of body, mind and breath, Hatha yoga may appear to be slow but it in fact works with inner core strength that is sustainable and has the ability to make major transformation of the mind body breath connection. Yoga is about the unity of mind, body and breath and hatha yoga takes you to that space in a way that other yoga forms don’t.

Our advice for you as a beginner or any other type of Yoga practitioner would be to take up Hatha Yoga rather than other types of Yoga. When a great Yogi was asked the question ``what type of yoga do you do?”, guess what, he simply replied ‘yoga’ as if there is only one real form of yoga. Of course he did happen to come from a long lineage of Hatha yoga.

A beginner of Yoga would therefore be highly recommended to take on Hatha Yoga to start with so that he/she has the original foundation to work from rather than have a weaker foundation coming from more recent yoga forms.

What if I can’t achieve all the guidelines given above?

As stated earlier, we would like to say to you discipline is important but with minimal stress. Of course there will be some stress to start with when changing a routine of a lifetime but slow and steady wins the race. Do what you can and bring about the changes gradually. The best way to do that is to begin taking Yoga classes or go to a Yoga retreat or even jump in at the so called deep end and enrol for a Yoga Teacher Training Course. The latter is of course more intense but will set you in good stead for your future Yoga practice. It may seem difficult at first but when you are with a group undergoing the same process, things feel easier. You get to share your experiences and challenges with other students and with the teachers. Our teachers are experienced at guiding you in a way that suits your mind and body make up so they will help you ease into the new world of yoga.

Of course, when you leave the Yoga course and go back home to your regular life, the practice might seem more difficult to sustain. In this case, as said earlier we suggest you do as much as you can in a consistent manner without stressing. Even if you have to shorten your physical Yoga practices somewhat then do that but at least maintain consistency; even if you just do a few poses a day that would be better than saying ‘ it is all too much and until I can do it all, I won’t do it’. Don’t wait till you can do everything perfectly until you start because it is in the very journey of imperfection from which perfection comes. Perfection is borne from imperfection so long as there is awareness of how to improve; the same applies to any practice. Finally do remember that Yoga on the mat is a small part of Yoga, which is about the lifestyle you live on the mat. In the words of Swami Sivananda, a great Yogi who was based out of Rishikesh, ' be good, do good’ is the foundation of Yoga.

Know all about Yoga Teacher Training

Ask us to know all about yoga course details, our team will get back to you with all relevant information regarding yoga teacher training course.

Get in Touch with Us